Matrix Championed by UEFA Football Grassroots at its Best

Charlie Jackson and his highly acclaimed Matrix Soccer Coaching is endorsed by UEFA.COM and heavily featured on the UEFA Training Ground website. 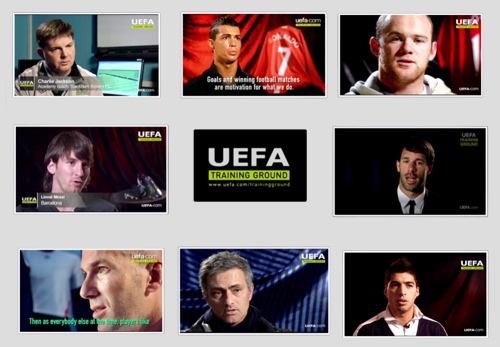 A training routine focused on movement, passing and dribbling inspired by the winning France team at UEFA EURO 2000.

With a midfield that included players like Xavi Hernández, Cesc Fabregas and Marcos Senna, Spain won UEFA EURO 2008 with a supreme passing and movement game. Now you can add some of that style to your team with a drill based on that Spanish side.

A training routine inspired by the winning Dutch side from the 1988 European Championship.

Extension of the Netherlands Drill I. Passing routine inspired by the classic Dutch side from 1988.

Further extension of the Netherlands Drill II with extra players. The third drill in a series of routines based on the European champions of 1988.